‘A Thimble Full Of Diamonds’ 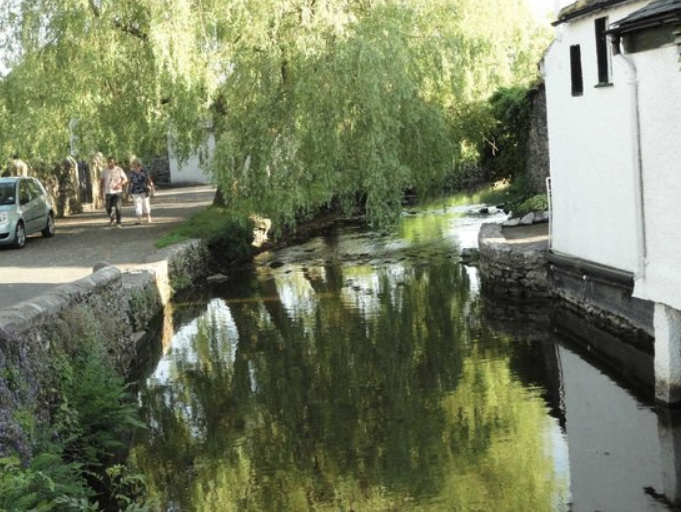 Medieval Cartmel is a beautiful village with a colourful and interesting history. The village is most famous for its ancient priory which has been a place of Christian worship for 800 years. It is also the home of a popular racecourse, the famous sticky toffee pudding shop and l’enclume, a Michelin starred restaurant. It also hosts a variety of events throughout the year and attracts 60,000 visitors annually. Chris Evans describes Cartmel as, ‘a thimble full of diamonds’, which is very fitting as it is the jewel in the Cartmel Peninsula’s crown.

The first references to the village occurred in 677 AD when King Ecgfrith of Northumbria conquered the area. He gifted the area and its residence to St Cuthbert which lead to the founding of the Priory. Lindisfarne monks owned the land until King Henry II passed Cartmel on to William Marshal Earl of Pembroke. He canonized the area in order to encourage divine worship. The peace and quiet of Cartmel continued until 1316 and 1322 when the Scottish raids caused damage and disruption.

1537 saw the execution of cannons and laymen for committing treason during the Northern Rebellion. The Duchy of Lancaster took over the Lordship of Cartmel and was overseen by the Bishop of Chester. Most of the monastic property was destroyed except for the gatehouse which was built in 1330. A petition by villagers prevented King Henry VIII from destroying the priory completely. Famine took the lives of many villagers in 1623. The roof was replaced in 1630 and In November 1643 Cromwell and his men destroyed the Priory’s organ while camping in the building.

The building of a new vestry in 1667 put the finishing touches to the Priory. Neglect and lack of respect between 1827 and 1870 saw the priory fall into disrepair.

Continual restoration ensures that the Priory can share the history in its walls. Most recently Cartmel Priory held a festival to celebrate the Magna Carta’s 800th anniversary. Music and a son Lumiere in the Priory grounds brought the magnificent building to life.

Worship has been at the very heart of Priory life for centuries. Throughout history, people from

Cartmel was once known as Kirkby in Furness and part of Lancashire until 1974 when it became part of the new county of Cumbria.

The monastic gatehouse proudly stands in the centre of Cartmel opposite the village square. It is now a grade II listed building after surviving the dissolution of the monasteries.

A market cross and fish slabs are evidence of trading in the centre of the village. The wide variety of shops and businesses in the village show that trade is still an important part of village life. The racecourse is only a few steps away from the market cross.

Horse racing seems to have a long history in the village as the monks would race mules for pleasure as far back as the 16th century. Official records state that horse racing as we know it started in 1856. Race meetings today attract up to 20,000 people to the village. The Holker Estate and the Cavendish family own the racecourse and 18,000 acres of land within the Cartmel Peninsula. The racecourse is also a venue for music concerts and family events. 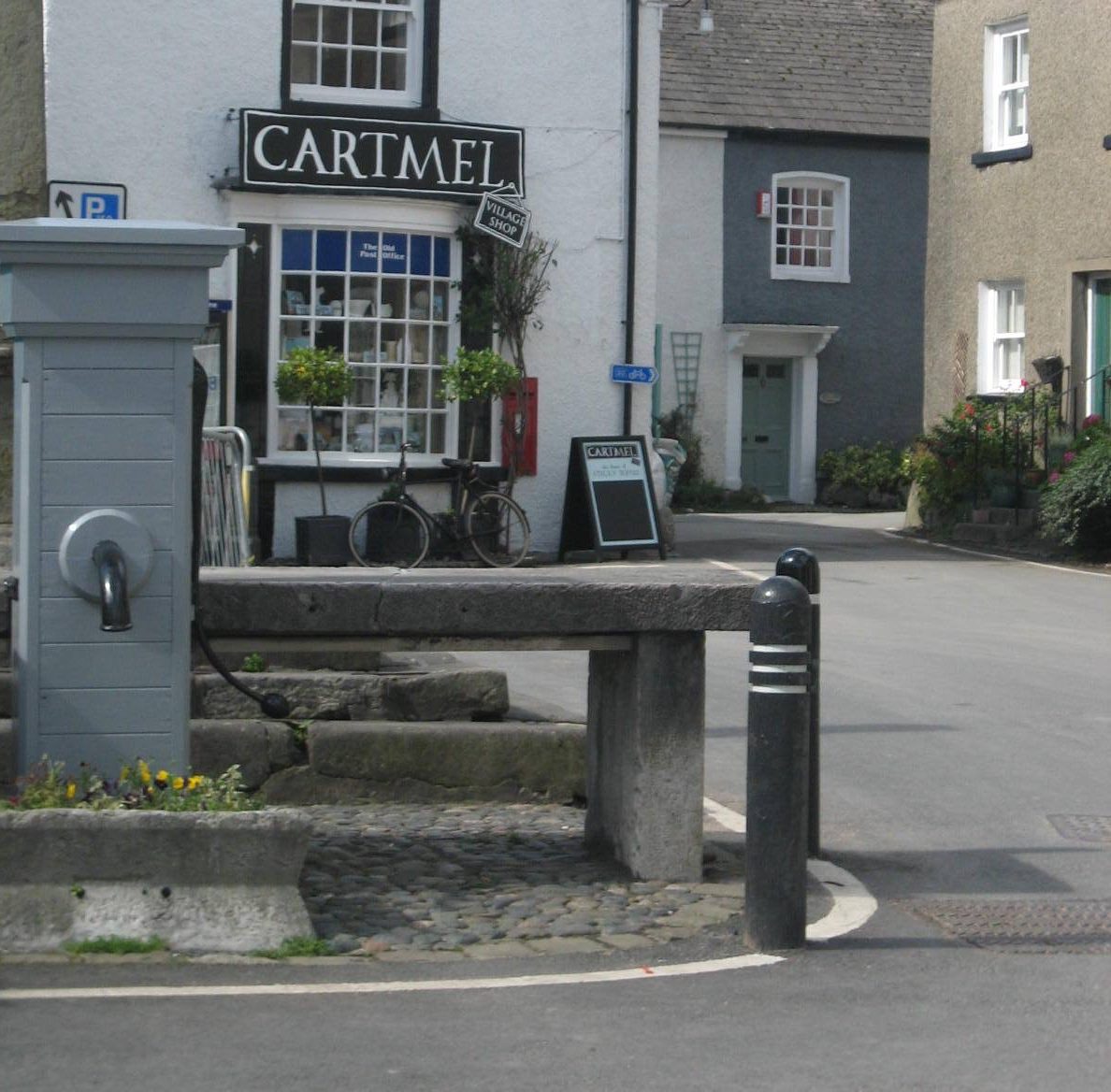 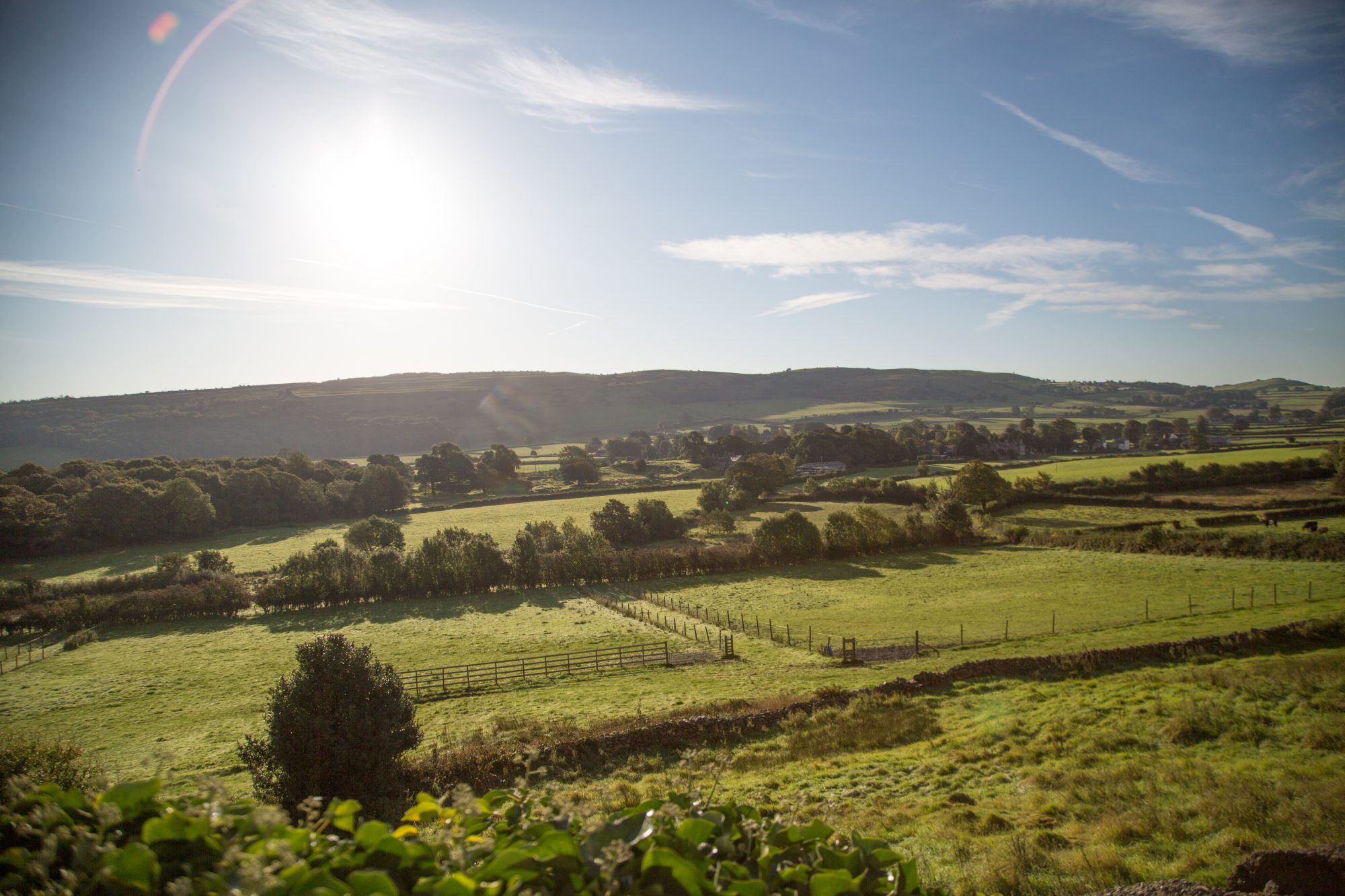 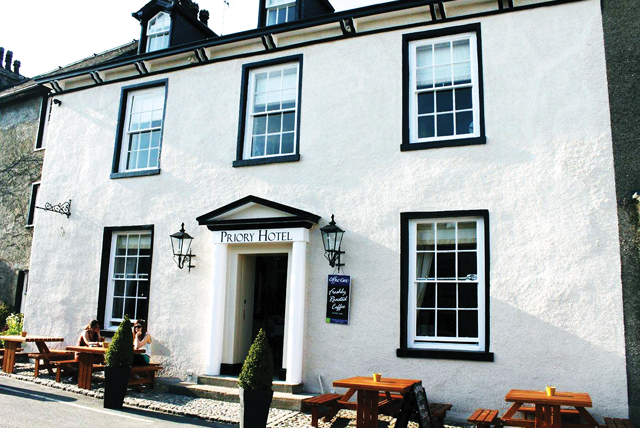 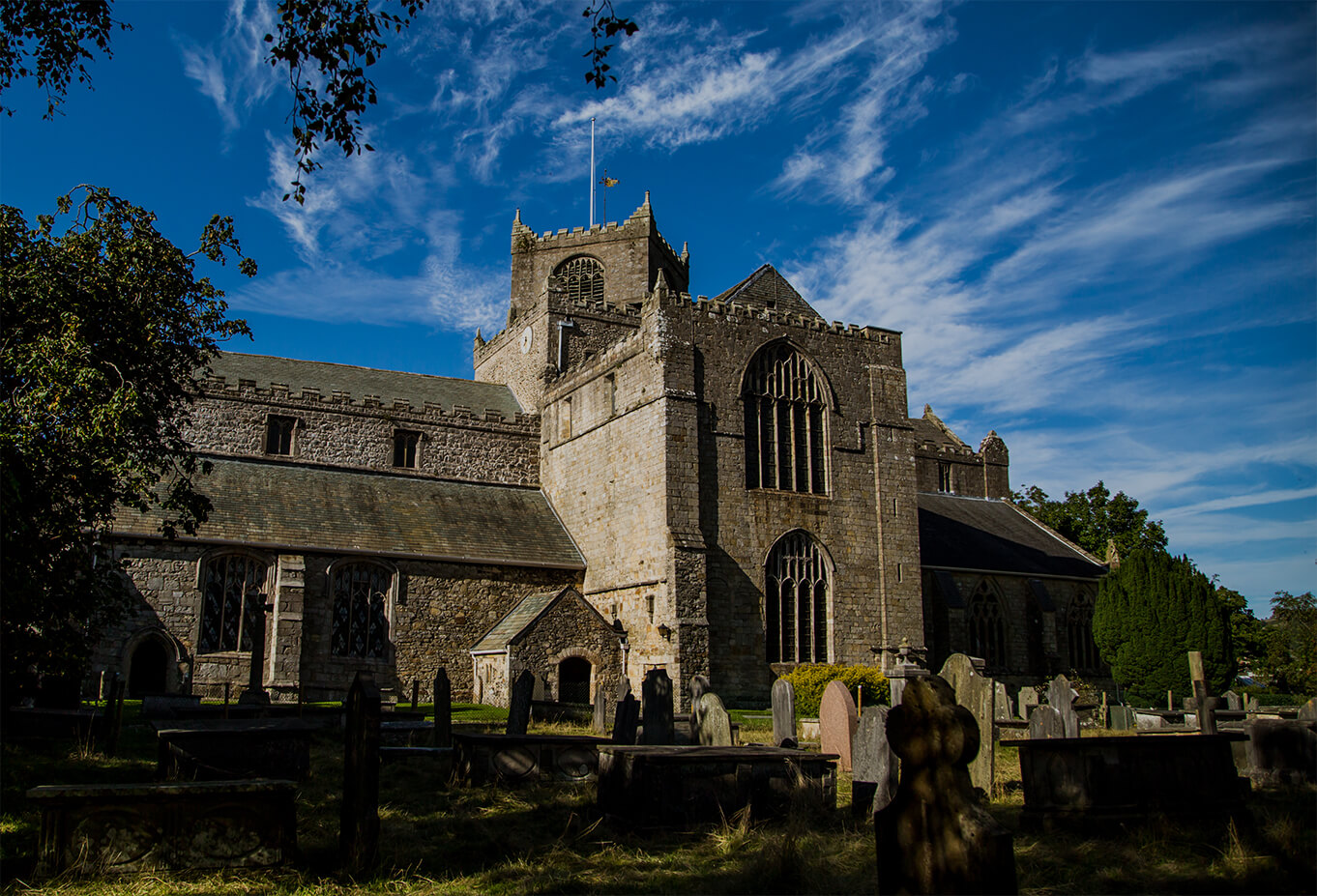